In the world of IT Security and Idenity, Governance and Administration, I believe consequences of the human factor are predictable and measurable…

Vladislav (Vlad) Shapiro, has been working in the the Identity Governance and Administration (IGA) field for 10+ years, during which time he has developed the business advisory concepts of Identity Posture, Fundamental Conflict in IGA and most recently, Costidity™.

A native of Kiev, Ukraine, Vlad began his career studying theoretical and applied algebra at Kiev State and Moscow State University. In 1993, he completed his Masters degree at Brandeis University.

After graduation, Vlad accepted a position at Northeastern University but quickly realized he wanted to make use of his mathematical skills and analytical ability within the industry instead.

So thats what he did.

During the early part of his career, Vlad worked on analytics in Clinical Trials, Data Visualization, Bioinformatics, CRM and data mining. In 2004, Vlad joined Courion Inc. as a technical consultant. It was here that he began working in the field of Identity and Access Management, Governance, and Administration. Still valuing the importance of applied knowledge, he had several presentations and papers on using mathematical apparatus in solving data analysis problems plaguing the industry.

After working for Price Waterhouse Cooper, in 2009 Vlad helped Voelcker Informatik, a German IDM company based in Berlin, open an office in the United States and start pursuing US customers. In 2010, Quest Software bought Voelcker Informatik. Vlad was in the center of the integration that would fold the Voelcker technology into Quests portfolio. Vlad was responsible for knowledge transfer within the IGA field for business development teams, sales and marketing organizations, training of presales and sales personnel and working on the future strategy of Quest and later Dell, after the Quest Software acquisition in 2012.

In 2013, Vlad Shapiro joined Immersion as a Director of IGA advisory business. During his time at Immersion, Vlad created a new methodology for evaluating current IGA status of enterprise based on readiness and maturity of business roles, rules, policies, and processesit has become known in the field as Identity Posture.

In 2015, Vlad conceived the concept and methodology of Costidity, bringing a systematic apporach to the human factor in IGA and IT security to the field. Vlad is currently working on a book on Costidity.

Vlad is a regular attendee, presenter and speaker at many industry events including: Gartner Catalyst, Gartner IDM Summit and IT Experts. He has worked and presented around the world, bringing his applied knowledge to Germany, England, Ukraine, Russia, Georgia, Latvia, Lithuania, Australia and Singapore. 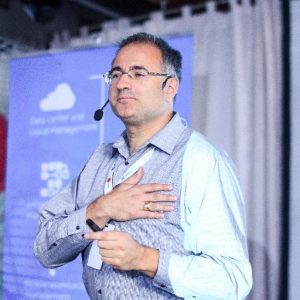